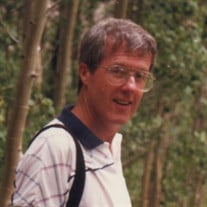 On August 23rd, 2019, Stephen Joseph Dunn – husband, son, father, brother, “Papa,” uncle and friend – passed on after a two-month journey with cancer. The old phrase, “he has never met a stranger in his life” was likely based on somebody identical to Steve Dunn, because every person lucky enough to meet him felt immediately known and seen and loved. A fourth generation Coloradan, Steve grew up in Denver with his parents Mary and Francis (better known as Andy) and two older brothers Don and Mike. As is such with three boys, life was full of adventure and mischief. When the young Dunn boys were playing a round of golf in the backyard and a rogue shot went flying through the window of their Park Hill home, the boys ran into the living room where Andy was sitting and Mike quipped, “just playing through Dad.” We are not sure where Mary was at this time, but from the sound of it, she was nothing but pure doting love, grace and gentleness, so it’s unlikely they were disciplined with much beyond a hug. Steve went on to excel at athletics and academics through his schooling. His baseball team’s pitcher & basketball team’s point guard, Steve was never one to sit still long. He was selected as one of the “Men of the Year” at Regis High School for his smarts and sportiness. (He would hate that we are including this in his obituary because of its bragginess, but just as dads are allowed to brag about their children, so are children allowed to brag about their dads). Following high school, Steve went on to earn three different graduate degrees from Catholic University and the University of Denver. We liked to joke with him that his master’s degree in Philosophy (taught entirely in Latin) was for the sole purpose of completely dominating the vocabulary category of our ridiculously competitive Trivial Pursuit games at Christmas time. But turns out it also came in handy for his six years spent as a Catholic priest. Many people remember him as a phenomenal priest, known especially for his excellent homilies (naturally). Needless to say, Steve Dunn and Coleen Byrne did not have the most typical love story but their children still think of it as the most interesting, circuitous, beautiful one around. Here’s the short version: they met, fell in love and Steve had to make the very difficult decision to leave a career he considered his calling to marry Coleen on February 18th, 1978. Ten months later, their son Kevin arrived. Steve went back to school to pursue a counseling degree (who wouldn’t want to spend 11 years in college?) and their daughter Maura arrived a couple of years later. In 1981, Steve convinced Coleen to buy a VW Van in an attempt to experience the hippy days of the sixties that he missed while in the seminary. Three years later, the van was gone, and their youngest child Sheila was born. Their brother-in-law built them a home in Fort Collins and they built a life with their three children. Steve’s entire life was built around the scaffolding of love. Whether it was caring for his three children with the utmost tenderness and presence, or caring for others’ children with that same tenderness and presence, including his years spent working for Child Protective Services. Whether it was the kindness and attention he bestowed upon his wife of 41 years or the kindness and attention he bestowed upon his clients in his 35 years as a counselor. During his final days, it is no surprise that Steve continued to charm every worker at the hospital and hospice facility, asking – with the genuineness and presence so unique to him – about their lives as he was navigating the end of his own. In the words of a friend, from one of the numerous letters he received, “There’s no irony in the fact that even now, a thousand miles away, you're still helping people heal. Helping people become better, and better servants of this world. That's just who you are. You have made this world a better place. Not most of the time, but every damn day. Stories of your selflessness, even during your hospital stay, make their way around, because that's what special people are capable of.” Shortly before his death, we asked him if he was scared. He took a minute and then said, “Yes. I am a little scared….but that’s not the pervasive feeling. The pervasive feeling is one of immense, immense gratitude.” If a life is measured in the amount of love given and the amount of love received, Steve Dunn lived many within the span of this one. And his love is something that will live on in every single life he touched during his time on Earth. Thirteenth century German mystic Meister Eckhart once said, “If the only prayer you ever say in your entire life is thank you, it will be enough.” So, with the deepest, sincerest, most Steve-Dunn-style thank you we can muster, this is our prayer of gratitude to you: Thank you husband, son, father, brother, “Papa,” uncle, friend. We are all better because of you. -- A celebration of Steve’s (really amazing) life will be held at the Drake Centre (802 W Drake Rd, Fort Collins, CO 80526) Saturday, September 14th at 2pm with a reception to follow. In lieu of flowers, contributions may be made to Together Rising (togetherrising.org) or Housing First Initiative (homeward2020.org/housing-first-initiative).

The family of Stephen Joseph Dunn created this Life Tributes page to make it easy to share your memories.