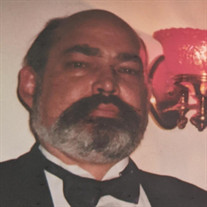 Stephen L. Kropp, age 71 and long time resident of Fort Collins, CO, passed away Tuesday, June 16th, 2020 at home due to long-term illness. Stephen was born in New Mexico on January 8, 1949 and was sure to let you know that his birthday was shared with none other than the "King of Rock and Roll,” Elvis Presley. Stephen's life was filled with adventure—be it in his childhood or in his relentless curiosity for how things worked—he really enjoyed taking action. He was born into a Military Family for which he proudly referred to himself as an "Army Brat,” wearing the title like a badge of honor. He lived in Japan and Germany and traveled extensively throughout Europe with his parents and friends. This gave him a unique perspective and broad exposure to diverse cultures and customs. He graduated high school in Germany and soon after moved to Colorado to attend CSU. Although he didn't graduate, he majored in Anthropology—an interest that’s remained manifest in his collection of tribal pieces. Stephen worked at the cement plant as an industrial electrician for 22 years. He was also involved in the plant’s Boiler Maker Union and was proud of it. Stephen excelled at math and science. He was also a history buff and a voracious reader of mystery, science, science fiction, politics and how-tos, but his favorite of all was The Lord of the Rings. He would even listen to it on tape while driving for fear he’d missed something. He also enjoyed designing things, gardening, fishing, camping, Las Vegas and woodworking—especially with oak. Lots of oak. He enjoyed many genres of music though one of his overall favorite musicians was B.B King, who he was able to conveniently see at the Ft. Collins Lincoln Center some years ago. Some music you’d find in his collection included Doc Watson, Brian Eno, old Civil war tunes, The Rolling Stones, Queen and The Beatles. Along with his broad tastes in books and music, he also enjoyed many cult-classic films like Zulu, The Gods Must be Crazy, Attack of the Killer Tomatoes and, of course, Attack of the 40 Foot Woman. And if any of these were playing at the drive in all the better. It was easy to know a movie was appealing to his dry sense of humor through his evil-sounding laugh—a great combination with a movie about murderous tomatoes. When it came to pets Stephen was a cat person, that was until he met Lightning, the English bulldog. Lightning was a stout little man and, like most of mans’ best friends, was the perfect companion to accompany Stephen in all the things he enjoyed. But Lightning was often perfectly content just sitting in the office chair beside Stephen’s as the day rolled on. Stephen didn’t have any biological children but he was a father figure to many. He never turned his back on his family and his door was always open. Stephen is preceded in death by his parents Arthur J. Kropp and Alice (Marie) Kropp, his older brother Arthur Kropp Jr. and this man's best friend, Lightning. He is survived by his wife Deborah and daughters Melanie and Shana; Sister-in-law, Annette; nephew, Justin; his niece, Jacquolyn and his pseudo-daughter Kim (KHP) and many others. No public services will be held. We are encouraging everyone to leave a story or share a few words about the man he was. In lieu of flowers, we are asking for donations to be sent to: Navajo & Hopi Families COVID-19 Relief fund. here is a link https://www.gofundme.com/f/NHFC19Relief?utm_source=customer&utm_medium=sms&utm_campaign=p_cp%20share-sheet&fbclid=IwAR0HCZQPUPuvN-yYjl7rlcePJeY1tArOVmNFHR_11JRFXLWx7rVpMpjw2A4 I feel it’s only fitting to close with one of Stephen's favorite Tolkien quotes that symbolizes who he was: "Speak, Friend, and Enter".

Stephen L. Kropp, age 71 and long time resident of Fort Collins, CO, passed away Tuesday, June 16th, 2020 at home due to long-term illness. Stephen was born in New Mexico on January 8, 1949 and was sure to let you know that his birthday was... View Obituary & Service Information

The family of Stephen La Rocque Kropp created this Life Tributes page to make it easy to share your memories.