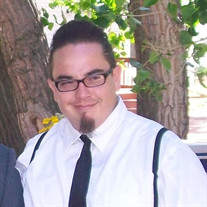 Steven John Gutierrez died on Wednesday, December 15, 2021 in Las Vegas, Nevada. He was 48 years-old. Steve was born and raised in Fort Collins, Colorado by his parents, Joseph and Lydia Gutierrez. Steve attended schools in Poudre School District and graduated from Rocky Mountain High School in Fort Colins in 1991. During his school years, he made several life-long friends who he stayed in contact with until his death. As a young man, he became interested in wrestling and music; two interests that he sustained during his adult life. He spent 8 years coaching youth wrestling. He coached at Boltz and Preston Middle Schools as well as youth wrestling clubs in Fort Collins and Denver. He enjoyed supporting and encouraging young people to work hard to develop physical, emotional and psychological strength. Steve was a caring and encouraging coach and friend. He moved to Denver in his 20’s and worked at various places, including King Sooper’s and Savio House. His work counseling young men at Savio house eventually led him to enroll at Metropolitan State College of Denver to complete a bachelor’s degree. He graduated from Metro State in 2007 with a Bachelor of Arts in Human Services. Steve loved all kinds of music. While in Denver, he became a part-time, unofficial DJ, “Big Hair Daddy” at Tooey’s on Colfax; playing selections from classic country, rockabilly, and hellbilly music with a crew known as the “Broken Hearts and Busted Livers Club.” He loved a good time with friends and happily attended punk and metal festivals and concerts as often as he was able. Steve found his calling as a labor organizer for SEIU (Service Employees International Union). He proudly worked for SEIU Denver local 105 until 2019. He was passionate about giving power and a voice to working people. Steve developed a network of friends and acquaintances through his work, that he often referred to as part of his Denver family. In 2019, Steve moved to Las Vegas, Nevada to work for SEIU Las Vegas Local 1107. He worked every day to advocate for worker’s rights and economic justice. In his spare time, he made new friends, discovered a new dive bar or two, and found time to update his family and friends on his latest project. He is survived by his parents, Joe and Lydia Gutierrez, his siblings Lori (Tom) Davis, Annette (Bill) DeMoss, and Joe (Amy) Gutierrez; all of Fort Collins, CO. as well as numerous nieces, nephews, aunts, uncles, and cousins. He is also survived by his former spouse Lani, her daughter Aeris, and son Braedon. A Celebration of Life will be held in Steve's honor Sunday, May 1, 2022 beginning at 2:00 pm to 5:00 pm at Club Tico at City Park, Fort Collins, CO. Please RSVP (text or call) 970-493-4636 or email [email protected]

The family of Steven J. Gutierrez created this Life Tributes page to make it easy to share your memories.