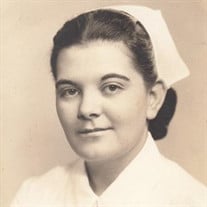 Sylvia T. Swartz, 97, died on December 27, 2016, at Poudre Valley Hospital after developing a severe case of pneumonia. Sylvia was born May 10, 1919 in Onida, South Dakota. She lived most of her adult life in the Champaign-Urbana and Mahomet, Illinois area with her husband Harry L. Swartz and children Patricia and Robert. After moving to Fort Collins, CO in September 2016, Sylvia lived at Golden Peaks Health Center where she was cared for by the fine nurses, CNAs, therapists, and other kind staff employed there. The exceptional care and kindness shown by everyone at Poudre Valley Hospital, especially the palliative care team, was much appreciated by Sylvia’s family. Sylvia was preceded in death by her parents, Lars Twedt and Mary Elliott, her husband Harry (1982), her brother Eldon Twedt (1998), and her son Robert L. Swartz (October, 2015). Sylvia is survived by her daughter Patricia Stoltey of Fort Collins; grandsons Michael Coady (Tami) in San Jose, CA; Tim Brown (Sally) in Oatman, AZ; Matt Swartz in Illinois; granddaughter Ann Peshel (Brian) in Indiana; great-grandchildren Sylvia, Gage, Charlie, Jess and Mitchell, and many nieces and nephews. She is also survived by brothers Rex (Dee) and Al (Helen) Twedt in Omaha, sister Sonja Morrison (Ron) in Washington State, and sister-in-law Neva Swartz of Illinois and Neva’s sons Bruce and Brian. Sylvia was proud of her service to the nation during World War II when she was employed as a civilian registered nurse in an Army Hospital in Atlanta, caring for the wives and newborn babies of those men serving in World War II. A special act of Congress allowed the Army to pay these civilian nurses to free up Army nurses to go overseas. Sylvia attended nursing school in Chicago and worked mostly in central Illinois hospitals after the war. Memorial services will be held In the Champaign/Mahomet, Illinois are in the spring with Sylvia’s ashes to be placed in the grave site next to her husband at Grandview Memorial Gardens. Arrangements will be announced at a later date.

Sylvia T. Swartz, 97, died on December 27, 2016, at Poudre Valley Hospital after developing a severe case of pneumonia. Sylvia was born May 10, 1919 in Onida, South Dakota. She lived most of her adult life in the Champaign-Urbana and Mahomet,... View Obituary & Service Information

The family of Sylvia T. Swartz created this Life Tributes page to make it easy to share your memories.