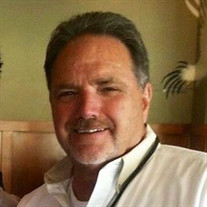 Terry “T.K.” Keith, age 71, died peacefully while surrounded by family at Pathways Hospice in Loveland, CO on Saturday, April 28, 2018 after a courageous fight against lung cancer. He was born on December 19, 1946 to Russell and Ruth Keith, in Lancaster County, Pennsylvania. TK attended Warwick High School in Lititz, PA and graduated in 1964. On August 12, 1981, Terry married Jan Radke and became step-father to Jason and Jennifer Radke. His sons, Christopher and Zachary Keith were born in 1984 and 1986, respectively. TK lived in Fort Collins and Windsor, CO. In 1973 he was hired by the City of Fort Collins to be a Maintenance Technician. He was promoted to Recreation Leader in 1976 and Recreation Supervisor in 1984. He ran the Special Needs Program and planned various fitness, dance and arts and crafts activities for that population. He was a tremendous advocate for the developmentally disabled and promoted the City’s active involvement in Special Olympics. He managed over 90 sports programs during his tenure with the City. He was promoted to Program Administrator in charge of sports in 1994. He retired from the City in 2006 after 33 years of dedicated service. Never one to be idle, TK continued to work throughout his “retirement”. In 2017, TK served as Patrolman for Red Feather Storage and Irrigation, monitoring the lakes and fishermen of his beloved Red Feather Lakes. TK moved from Pennsylvania to Colorado in 1969 after a few years spent playing semi-pro football. An avid fan of any and all athletics (except soccer), TK became a passionate softball player, serving as catcher and then 1st baseman on local teams for more than 30 years. One of his greatest achievements was accompanying the County Line Farms Team, generously sponsored by Mr. Robert Becker, to the International Softball Congress (ISC) World Finals Tournament in Phoenix, AZ in 1977. In 2008, TK was inducted into the Colorado Softball Hall of Fame/Fast Pitch for his contributions to the game as a player and a manager. Throughout his life, he was a dedicated and zealous fan of the Colorado State Rams, the Denver Broncos, the Avalanche, the Rockies and The Wrestler: Braxton Keith. Upon arriving in Colorado, TK swore he would never live anywhere else. The Rocky Mountains became his sanctuary and refuge. He loved to spend his days fishing, four-wheeling, and hunting. He often referred to Red Feather Lakes as “God’s Country” and he knew that Red Feather was where he wanted to spend all of his days. He had recently fulfilled his dream of building and furnishing a cozy cabin on property near one of his very best friends’ and near one of his favorite lakes (Nakomis). In addition to loving the great outdoors, TK also loved corvettes, country music and golden retrievers. He was a member of the Northern Colorado Corvette Club and owned several corvettes throughout his life. Nothing but country music, old and new, played on the radios in his cars and trucks. TK was never far from his most devoted companions: his cherished golden retrievers. Most recently, Bear Boy kept him busy and active. But he always remembered and missed his Bo, Hawkeye and Sundance. TK proclaimed Jesus Christ as his Lord and Savior and was a devoted member of Redeemer Lutheran Church, serving as Usher for several years. He had also been a member of Our Saviour’s Lutheran Church, where he served as Usher and Sunday School Teacher. Survivors include his beloved partner of ten years Phyllis Teumer; his children: Jason & Katie Radke (Cedar Park, TX), Jennifer Radke (Cedar Park, TX), Christopher & Kimberly Keith (Loveland, CO) and Zachary Keith (Loveland, CO); his grandchildren: Makenzie Radke, Tanner Radke, Jake Radke, Rowan Rodriguez, Madison Radke, Christopher Rodriguez, Griffin Radke, Braxton Keith, Maksim Keith, Paisley Keith, and Lilyan Keith; and his father, Russell Keith. Terry was preceded in death by his mother Ruth Hersh. A Celebration of Life and Memorial Service will be held at Redeemer Lutheran Church, Thursday, May 10, 2018 at 11:00am, luncheon to follow. Memorial contributions may be made in honor of Terry Keith to Redeemer Lutheran Church. We encourage all of his friends and family to post memories and pictures on this tribute page. TK readily acknowledged the many blessings in his life: family, friends…time. He was incredibly dedicated to those he loved most: all four of his children and each of his eleven grandchildren. We consider ourselves blessed to have known him, to have loved him and to have the privilege of calling him “Dad” and “Papa”. He will always be missed. “Cowboy Up”

The family of Terry "T.K." Keith created this Life Tributes page to make it easy to share your memories.