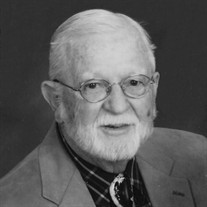 Thomas W. Phelan, 98, of Fort Collins, Colo., passed away on Wednesday, April 13th, 2022, at his home. He was born in Denver on December 30th, 1923, to Grattan and Willa Phelan. He attended Regis High School and College. His education was interrupted by WWII in which he served on an aircraft carrier in the Pacific. He continued his service in the Naval Reserve and retired as a Lt. Commander. He married Lucille Hammond of Craig, CO in 1948, and moved to St. Louis to attend St. Louis University. His degree in philosophy resulted in a job at St. Norbert College in De Pere, Wisconsin for 40 years. He enjoyed sailing, golfing, and traveling. In his youth, he was an Eagle Scout and spent many summers helping his uncle, who managed a ranch in Wyoming. As an adult he officiated sailboat races and enjoyed watching his sons’ races. His impact on the students he taught is seen by the many who remain friends to this day. He also had a close affiliation with the Norbertine Order of priests, many of whom he had in class. He was preceded in death by his parents: Grattan and Willa Phelan, wife Lucille, siblings; Marilyn, Don, Patricia, grandchildren; Alexander and Troy Phelan, infant sons of Brian. Tom is survived by his brother Gerry (Adele), daughter, Sheila Balloffet (Armando): sons, Sean (Tammy), Brian (Jo), Terrence, Patrick (Barb); grandchildren, Nicole (Marco), Nathan (Jenn), Philip (Sarah), Jason (Jordan), Sara (Patrick), Dylan (Samira), Jessica (Matt), Casey, Alexander (Crystal), Erin (Hayden); great-grandchildren, Evie, Diego, Velvetina, Mateo, Finley, and Anika. A memorial service will be held at Saint Elizabeth Ann Seton Parish, 5450 South Lemay Ave., Fort Collins, CO 80525, on Saturday, May 14th, 2022, at 10 a.m. with Abbot Joel Garner O.Praem officiating. A reception and luncheon will follow. He will be interred at Fort Logan National Cemetery in Denver, CO with full military honors next to his beloved wife Lucy. In lieu of flowers please send donations to: Norbertine Community, Santa Maria de la Vid Abbey, 5825 Coors S.W., Albuquerque, NM 87121

Thomas W. Phelan, 98, of Fort Collins, Colo., passed away on Wednesday, April 13th, 2022, at his home. He was born in Denver on December 30th, 1923, to Grattan and Willa Phelan. He attended Regis High School and College. His education was... View Obituary & Service Information

The family of Thomas W. Phelan created this Life Tributes page to make it easy to share your memories.