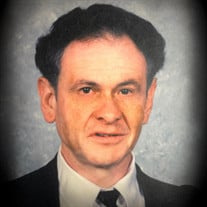 “Tony” Meza Garcia, born Ignacio Meza Garcia on June 2, 1946, and a resident of Fort Collins, Colorado since 1994, passed peacefully after a challenging battle with cancer on July 2, 2021 at his home, comforted by family. Tony was born in Durango, Mexico to Lupe Meza Sanchez and Frank Loera Garcia. The Garcia family immigrated to California in 1958 and Ignacio changed his first name legally to Tony when he became a naturalized citizen. Tony graduated from Imperial High School in Imperial, California, in 1966, having made his mark on the school track team which included two of his brothers Louie and Frankie, setting a record for the half-mile run in 2 minutes and 0.8 seconds. Besides his achievements on the track team, his high school period is most substantially characterized by his answer to a spiritual call from a fellow classmate, Raymond Rodriguez, who invited Tony to a service at a local Spanish-speaking Oneness Pentecostal church where he was baptized in the name of Jesus. This inspired his life-long desire to serve in the ministry, prompting him to move to Castro Valley, California where he attended Colegio Bíblico Apostólico Nacional, graduating in 1969. During his time at the Bible College, he met and fell in love with Liz Zepeda, and they were married in the fall of 1970 in Jackson, Michigan, his new bride’s hometown. Tony and Liz started their new life together in Union City, California, welcoming their first born, Robert Lucas, in fall 1971, then their second, Timothy, in 1975. Tony accepted the position of pastor at an Apostolic Assembly church in Guadalupe, California, in 1978, before moving to Texas in fall 1979 and accepting a position as pastor at the Apostolic Assembly body in Victoria, Texas. Tony then made the decision with his family to transition to the English-speaking United Pentecostal Church in Victoria, the Jesus Church, in 1981, where he served under Pastor A.L. Kight and began what became his life-long ministry as a Bible teacher, teaching in Sunday School and in various other teaching ministries including substantial home Bible studies and evangelical outreach in both English and Spanish. Besides his love of reading and studying the Bible and Bible history, Tony loved reading more broadly, particularly taking an interest in world and American history. He is survived by his wife Liz, son Robert and wife Marina of Kenedy, Texas, son Timothy of Dallas, Texas, grandson Kristofer of Fort Collins, mother Lupe, and siblings Louis, Frank, Henry, Jimmy, Rose, Lucy, Gloria, Vicky, and Isabel. He is preceded in death by his father, Frank. The family is holding a private burial at Roselawn Cemetery, followed by a memorial service for family and friends to be held on Saturday, July 10, 2021, at 5 PM at Altitude Community Worship, 2130 W Mulberry, Fort Collins, officiated by Pastor Scott McDonald, with reception immediately following at the church.

&#8220;Tony&#8221; Meza Garcia, born Ignacio Meza Garcia on June 2, 1946, and a resident of Fort Collins, Colorado since 1994, passed peacefully after a challenging battle with cancer on July 2, 2021 at his home, comforted by family. Tony was... View Obituary & Service Information

The family of Tony Meza Garcia created this Life Tributes page to make it easy to share your memories.