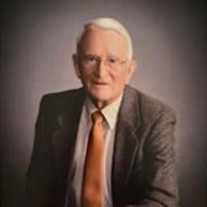 Walter William “Walt” Sheahan, 87, of Fort Collins, Colorado, passed away peacefully at his home on November 16, 2021, surrounded by his family. Walt was born July 17, 1934, to Leo and Elizabeth Sheahan. He moved to Fort Collins from Kansas in 1952. On September 15, 1956 he married Beverly Bogard. Walt was a devout member of St. Joseph Catholic Church, and was proud to have served in the United States Army. He was admired for his faith in God, and for his love of his family and the outdoors. Walt was an avid fisherman, camper, and master gardener. He is survived by his wife, Beverly; daughters Cheryl Cazer of Franktown, Diane Cannon of Fort Collins, and Cindy Lind of Parker; son Dennis of Fort Collins; seven grandchildren, six great grandchildren, three brothers and two sisters. The memorial service and celebration of Walt’s life will be held Monday, November 22, 2021. A Rosary will be held at 9:30 a.m. at St. Joseph Catholic Church, followed by a Mass of Christian Burial at 10:00 a.m. Interment will be at Resthaven Memory Gardens Cemetery after the services. The family requests that in lieu of sending flowers, donations be made to Pathways Hospice or St. Joseph Catholic Church, in care of Goes Funeral Care, 3665 Canal Drive, Fort Collins, CO 80524.

The family of Walter Sheahan created this Life Tributes page to make it easy to share your memories.