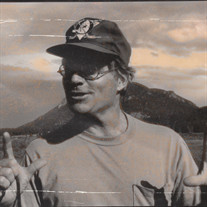 WARREN BRADLEY “Brad” SMITH, one of the coolest people you’ve ever met, passed away unexpectedly on January 3, 2021 while doing one of the things he loved the most: hiking with friends in the mountains on a sunny afternoon. His exceptionally youthful demeanor belied his age throughout his life, which culminated one month shy of his 76th birthday. Brad was born February 2, 1945 in Dallas, Texas, the son of Dr. Edward Wallace Smith (1921-2016) and Margaret Marie “Peggy” Smith (1918-2007). He spent the vast majority of his youth growing up in Tulsa, Oklahoma where he attended Cascia Hall High School and graduated from Thomas A. Edison High School in 1963. It has been said that, as a teenager cruising around in his car, he would press his arm on the windowsill to make his muscles look bigger. Brad would ultimately go on to exercise and lift weights for the next six decades and impress many people with his real muscles. His son regrets not being able to find his list of ‘personal bests’ to publish with this obituary. However, they were assuredly incredible feats of strength. For a couple of years following high school, Brad attended the University of Oklahoma and established an inveterate love of the Sooners’ football team. However, he eventually ventured westward to complete his first degree, a BA in Ethnic Anthropology, from the University of New Mexico. Almost immediately following culmination of his studies, Brad was begrudgingly drafted into the U.S. Navy, serving during the Vietnam War aboard the USS Tripoli from 1969-72. After honorable discharge, Brad earned his teaching certificate and spent the next few years exploring the southwestern U.S. and Mexico by way of his yellow VW Bug, one hand on the wheel, one hand perpetually adjusting the radio. A teacher of history, English, and Spanish during throughout these explorations, this time-period undoubtedly includes many adventures that can no longer be related but which were characteristically audacious and idiosyncratic. In 1978, he returned to scholastic pursuits at UNM and earned his second degree, a BS in Nursing, so that he could find a job wherever he wanted to live. Shortly before graduation, he was introduced to wildland firefighter Dorothy Jane Russick and, after wrapping up his nursing boards, he pursued her ardently until they were married in 1983. Brad and Jane spent lots of time hiking, camping, and backpacking throughout the western U.S. while calling Sacramento and Albuquerque home. For a brief time, they resided in Salida, CO above the town newspaper before stealthily moving back to Albuquerque to surprise friends. In 1987, Brad and Jane had a son named James Russick Smith and reveled in family life, moving from Albuquerque, NM to Sacramento, CA to Fort Collins, CO, and finally settling down in Westminster, CO in 1996. Hiking, camping, backpacking, and other spirited endeavors marked their years together as a family, naturally. He and Jane were married until 2010 and remained close friends after their divorce, still living in the same Westminster neighborhood and celebrating holidays together with their son. Upon retiring from his decades-long career in (primarily) psychiatric nursing in 2015, Brad spent his later years doing what he loved most: hiking, unabashedly dancing at concerts, making new friends, then hiking and concert-going with his friends. He was most frequently found on the trails around his beloved Colorado, still bagging 14ers into his 70s. Throughout these years he continued to workout consistently (where he made lots of friends at the gym) and fulfilled his passion for international travel (where he became friends with new people after only meeting them once.) In addition to his physical enterprises, Brad never stopped evolving internally through scholastic and spiritual pursuits. Spiritually, he most closely identified as a Druid but found positive aspects in all religions and, as with people-in-general, earnestly enjoyed learning about their ways. Brad was a lifelong scholar, indulging his overall curiosities while immersing himself in reading and anthropological endeavors. To this end, he leaves behind desks and tables covered in research notes, language textbooks, and a voluminous, well-researched, nearly-finished manuscript which his son now has the honor (and challenge) of transcribing out of his cursive handwriting forged through decades in the medical field. Retrospectively, Brad’s impact on this world is beyond quantification. Despite his proud custom of financial frugality, his positive influence on people’s lives through his roles as mentor, teacher, nurse, guide, father, and friend will never be able to be accounted in its entirety. He is preceded in death by his parents Ed and Peggy Smith of Tulsa, OK; fraternal twin brother Edward Wallace Smith, Jr. (1945-2012) of Muskogee, OK; and baby brother Michael (who passed five days from birth.) Also going before him is the family’s golden retriever ‘Baby’ whose dog collar he still carried with him on many of his hikes. Brad is survived by his son James Russick Smith and wife Élan Sprouse; ex-wife Jane Russick; nephews Edward Warren Smith & Joshua Garrett Smith; great-nephew Parker Smith; and many, many friends. His ashes will be spread, at some point, in Chautauqua Park in Boulder, CO and at Sandia Crest in New Mexico. While no concrete plans have been made for when these ceremonies will happen, all are welcome to attend whenever they eventually do. Please contact his son if you would like to be kept informed of these events. In the meantime, contributions may be made in his name to the Alzheimer’s Association, American Cancer Society, and The Nature Conservancy. To honor his memory, you may also find a dog to pet or explore somewhere new, both things that he never missed an opportunity to do.

WARREN BRADLEY &#8220;Brad&#8221; SMITH, one of the coolest people you&#8217;ve ever met, passed away unexpectedly on January 3, 2021 while doing one of the things he loved the most: hiking with friends in the mountains on a sunny afternoon.... View Obituary & Service Information

The family of Warren "Brad" Smith created this Life Tributes page to make it easy to share your memories.

WARREN BRADLEY “Brad” SMITH, one of the coolest people you’ve...