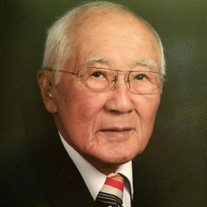 Wilbert Shimoda recently lost his valiant battle against kidney failure and heart disease. He was born in 1931 in Denver, Colorado. His youth was spent farming in the Denver area with his parents and five brothers and a sister. Graduating from Littleton High School, he excelled in wrestling where he reached the state finals. He attended Colorado A&M and Colorado State University for his undergraduate and graduate degrees. During the Korean War he enlisted in the naval reserves despite being eligible for a deferment, serving as a corpsman at the Naval Station Great Lakes in Illinois. In 1954 he met and married Mary Ague in Fort Collins, Colorado. They had three sons. Wilbert, also known as Wil, Willy, and Bert, served 26 years in the US Public Health Service, a commissioned officer corps, and reached the rank of captain. His service took him to Las Vegas Nevada; Beltsville, Maryland; Washington DC; and Lakewood, Colorado. He published numerous scientific papers, received many service honors, and contributed greatly to the benefit of the country while working in the Environmental Protection Agency, the Food and Drug Administration, and the Bureau of Veterinary Medicine. A man of strong faith and a dedicated member of Saint John’s Lutheran Church in Fort Collins for many decades, he served in several capacities, including as the president of the congregation. A golfer for over sixty years, Wil played until his last few days. He made his hole-in-one at Bear Creek Golf Course in Maryland. The Boy Scouts was another of the organizations he supported with his characteristic vigor. He kept in touch with countless friends he and Mary met through all of his posts and travels, and they would attest to his willingness to do anything for them. Wil was preceded in death by his parents, George and Ethel Shimoda; his wife, Mary; brother Wesley; and sister Eva Lynne (John). His family members are sons Todd (Linda), Matt, and Greg; daughter-in-law Donna; granddaughter Jessica (Steven); grandson Adam (Brittany); granddaughter Alison; great-grandsons Colton and Brendan; brothers Hylam (Kiyomi), Elwyn (Marilyn), Wayne, and Dwight (Adrienne); sisters-in-law Betsy (Jerry) and Carolyn (Gary); and nieces and nephews Kim, Kevin (Lisa), Steven (Carolyn), Julie (Dave), Luke, Lisa, Lori (Frank), Debbie, Carrie, Vickie (Charlie), Steve (Tina), and Shanda (Cliff). A funeral service will be held at 10:30 am on Saturday, August 19th at Saint John’s Lutheran Church, 305 East Elizabeth Street, Fort Collins, Colorado. Military honors will conclude the service at the church, followed by a reception. Donations would be appreciated to Saint John’s Lutheran Church, Fort Collins, in support of the Memorial Garden.

Wilbert Shimoda recently lost his valiant battle against kidney failure and heart disease. He was born in 1931 in Denver, Colorado. His youth was spent farming in the Denver area with his parents and five brothers and a sister. Graduating from... View Obituary & Service Information

The family of Wilbert Shimoda created this Life Tributes page to make it easy to share your memories.