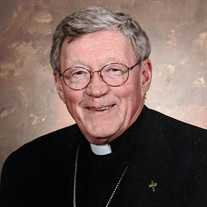 Bill Trewartha died peacefully on Friday November 1, 2019 at home surrounded by family. William Paul Trewartha (aka “Papo”, “Dr. T” and “Deacon Bill”) was born on a farm near Walnut Grove Minnesota on July 28th 1935 to Paul and Viola (Freeman) Trewartha. Bill graduated from Lamberton High School in May of 1953. He went on to the University of Minnesota, where he played freshman football, and was told “better to pursue his life studies”. In 1955 he enrolled in the Illinois College of Podiatry in Chicago Illinois, and graduated with Honors in Bio-Mechanics and Kinesiology. The following year he continued his study of Bio-Mechanics in San Francisco. Driving back home to Minnesota in 1960, he passed through Colorado to visit his friend Edward Pellegrini. After spending three warm and sunny spring days in Colorado, he drove into a spring blizzard in Minnesota. That was surely a sign impossible to ignore. He returned to Denver to practice podiatry. His first patient was an Irish lass with black hair and blue eyes. It was the 29th of September 1960, and he told his roommate all about this beautiful patient he had, named Jean Denny. They were married in April of 1962 and together had four wonderful children, Paul (Trewartha-Weiner , Katherine (Kosakowski), John (Trewartha), and Ann (Sandifer). They moved to Fort Collins in 1973 because God wanted them there; what a blessing. He brought with him the handle of “Dr. T”, and developed a nice practice, which eventually evolved into the Fort Collins Foot Clinic. Jean and Bill sponsored nine Cambodians in 1979, and a Bosnian family of four in 1996. Each and every one of their beneficiaries became American citizens, and successful in their own right. In 1989 He was ordained a Permanent Deacon in the Archdiocese of Denver. Dr. T retired from Podiatry in 2001, quipping that he “went from healing soles to healing souls.” As had been his goal in podiatry, so as Deacon he had one desire – to care, to make people feel good and smile. He enjoyed his ministry, it was a gift from God. Heart valve surgery led to other health problems, and he was forced to give up preaching, which had been his gift from God to the people. He had hurts and failures in his life, but always maintained that “those were also gifts from God; they resulted in being put where God wanted me.” He is preceded in death by his parents Paul and Viola, his brother Donald “Buck”, and his brother-in-law Knute Kasa. He is survived by his wife of fifty-five years Jean, and four children in reverse order Ann (and Eric Sandifer), John (and Stacy Trewartha), Katherine (and Kos Kosakowski), and Paul (and Karen Trewartha-Weiner). He is also survived by his sister Vera Mae Kasa, and brother Jack (Elaine) Trewartha, plus eleven fabulous grandchildren: Kiska, Allison, and Akadia Kosakowski; Nicholas, Shawn, and Joshua Trewartha; Daniel and Elizabeth Trewartha-Weiner; Kathleen, Noah, and Addison Sandifer, and many nieces and nephews, many of whom were like sisters and brothers. All of the above brought Bill much LOVE and JOY. The Trewartha Family would like to extend a special thank you to the following people who were important in Bill’s life; the parishioners of Saint Elizabeth Ann Seton, his friends at Miramont Health Club, Dr. David Abby MD and the staff at the Internal Medicine Clinic, Dr. Diana Breyer MD, Dr. James Hoyt MD, and the staff of Pathways Hospice. A vigil will be held at Saint Elizabeth Ann Seton at 6:30 Monday Evening. A funeral mass will be held at 11:00AM Tuesday morning also at Saint Elizabeth Ann Seton with a reception to follow. In lieu of flowers it is requested that donations be made to The Abbey of St. Walburga, The Rotary Foundation, or Saint Elizabeth Ann Seton Parish.

The family of William "Bill" Paul Trewartha created this Life Tributes page to make it easy to share your memories.