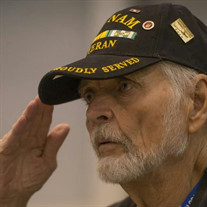 HMC(SS) William “Bill”/”Doc” Bonnell Rhodes, US Navy Retired (June 1990). Was born in Denver, Colorado, on December 11, 1943, to Elizabeth “Betty” Helmer and William “Dusty” Rhodes. After WWII his dad was employed by a mining company, so the family relocated from Denver to Tin Cup, Colorado. The family again relocated, this time to Mexican Hat, Utah, where he and his kid brother, Richard “Dick”, had “adventures” on Cedar Mesa and in and around Monument Valley. Their school bussed them every day 108 miles (round trip) through Monument Valley to San Juan High School, Blanding, Utah. After graduating from high school Bill, and later, Dick, followed in their dad’s footsteps and enlisted in the Navy. Bill made a career of it from 1963 -1990. During that time he spent three tours in Vietnam as a Corpsman. Throughout his military career he was stationed on many ships and boats (submarines). He was stationed on the USS Bergall (SSN) and other submarines, his last boat was the USS San Francisco (SSN). He was most content on a submarine. He was stationed in Hawaii and enjoyed the warm weather, but love brought him back home to Colorado. He retired to his home and family in Wellington, Colorado. After retiring from the Navy, Bill attended UNC in Greeley, where he received a Bachelor of Arts Degree majoring in History and minoring in Anthropology. This led to archaeological digs! He was so ready to go camp out in a tent and dig in the dirt! His favorite dig was The Chaco Canyon Archaeological Dig (New Mexico) in May 1998. While attending UNC he delivered the Coloradoan Newspaper, then became a USPS Mail Carrier in the Wellington area for several years. One day as he was passing by the Cantina Liquor Store the owner, Bob, offered him a job, it was ideal, so he took it. He worked for Cantina Liquors for 17 years total, as he continued working under the current owners, Annie and Matt. He loved working at the Cantina with the owners, fellow employees, and visiting with customers and vendors. Bill also liked the idea that work was just a block away from home. He worked until his health started to deteriorate in April 2019. Bill was at home enjoying reading, playing computer games as well as board games. He enjoyed watching the Rockies, car races, and the Broncos. He always stood for the National Anthem at the beginning of each game. He was at home with his wife, Judi, until he entered the VA Hospital in Cheyenne, Wyoming. He departed the VA Hospital with an Honor Guard lining the corridors. Bill was preceded in death by his father, his mother, and his brother, Richard Alfred Rhodes. Bill is survived by his wife, Judith, their niece, Kira Rhodes, her children Gabrielle, Emily, Jeremiah and Jude (his brother's daughter and grandchildren). Bill was also blessed with 2 teenagers and 1 “tween” when he met Judi, and is survived by Lawrence Al-Anzi and his children Garion (Ayla) and great-granddaughter, Thalia {3}, Aria, Ebba, Elias, Germaine, and Iain. Stephanie Palmier and her children William, Richard, Brittany (Francis English) great-grandchildren, Mia, DJ, and Mila {5}, Stephen (Julie), Geoffrey, Melissa, and Anthony. Melissa Reynolds (Deacon Gregory), and Mazy Grace (“his” Kitty Kat).

The family of William Bonnell Rhodes created this Life Tributes page to make it easy to share your memories.