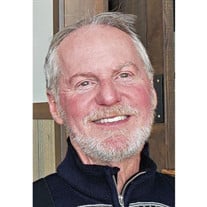 William Stanwood ‘Bill’ Skolfield, 68, passed away February 23 in Fort Collins, CO after a long battle with pancreatic cancer. Bill was born in Bangor, ME to William and Ellen Skolfield, who predeceased him. He met his wife of 49 years, Carol Beavers Skolfield, when his family moved to Cleveland, TN. She and their son, J. Kyle Skolfield of Phoenix, AZ survive him. He is also survived by a sister, Suzanne Skolfield and a brother, Michael Skolfield both of Davenport, FL and one brother, John (Linda) Skolfield of Otisfield, ME. He was predeceased by his brother, Tom Skolfield of Chattanooga, TN. Bill attended Ole Miss, graduating from Tennessee Technology University in 1976 with a BS in Chemical Engineering. He began working for Procter & Gamble as a process engineer in Green Bay, WI. He worked in P&G’s pharmaceutical division as product development manager in Cincinnati, OH and Norwich, NY, ending his 34 year career as VP of global pharmaceutical QA. Throughout his career, his combined gifts of leadership and intellect made him a great role model and mentor for many young employees. He was a lifetime girl scout member serving on Indian Hills Girl Scout Council Board of Directors in upstate New York. Bill was a welcoming host- a good listener, thoughtful, going above and beyond to make everyone feel at ease. A connoisseur of fine food and drink, he also took upon himself the mantle of resident mixologist of the home, dinner, and party. His quick wit served as an excellent chaser to any drink. He loved traveling, both for work and for pleasure, making many close friends around the world. He also loved everything on the water - swimming, boating, sailing, and serving as the dedicated tow-man for dozens of kids on skis, wakeboards, and innertubes, often for hours at a time. He loved cycling and enjoyed many an exotic and long ride. And of course, he was a lifelong devourer of literature. Per his request there will be no memorial service. Any donations in Bill’s name can be made to your local food bank or girl scout council.

William Stanwood &#8216;Bill&#8217; Skolfield, 68, passed away February 23 in Fort Collins, CO after a long battle with pancreatic cancer. Bill was born in Bangor, ME to William and Ellen Skolfield, who predeceased him. He met his wife of... View Obituary & Service Information

The family of William Stanwood Skolfield created this Life Tributes page to make it easy to share your memories.